Two of my favorite Wuxia pan(kung fu fantasy)films are Seven Swords and the Bride With Hair. So This makes me sad. As far as I know these novels have never been translated into English.

From Kung fu Cinema.com:
Liang Yusheng, a pioneer in modern wuxia (heroic Chinese martial arts) literature died in his home in Sydney, Australia on Jan. 22, as reported in the Australian edition of the Hong Kong newspaper Sing Tao Daily. A contemporary of fellow wuxia novelist Louis Cha, Liang is known in the martial arts movie world for providing source material for a number of wuxia movies including Tsui Hark’s SEVEN SWORDS and Ronny Yu’s iconic classic, THE BRIDE WITH WHITE HAIR.

Liang Yusheng was born as Chen Wuntong in 1924 to a prominent family in Mengshan, Guangxi. He studied classical Chinese literature, Chinese history and economics before joining Hong Kong’s Sin Wan Bao newspaper as an editor following graduation from the Lingnan University in Guangzhou.

In 1954, a rivalry in the martial arts world between White Crane and Wu-style Tai Chi schools led to a war of words in the newspaper which in turn sparked a famous fight between the heads of the two schools (see video). Capitalizing on the popularity of this fight, Lo Fu, the newspaper’s editor persuaded Liang to write a wuxia novel to be published in serialized form in the newspaper. THE DRAGON FIGHTS THE TIGER became the first work in a new era of wuxia fiction upon which many of the popular wuxia films of the 1960s and beyond have been based.


The most famous adaptation of a Liang Yusheng novel remains Ronny Yu’s THE BRIDE WITH WHITE HAIR, a 1993 film loosely adapted from ROMANCE OF THE WHITE HAIRED MAIDEN. Liang’s description of a female bandit leader who becomes a “White-Haired Demoness” after being betrayed by her lover was popular enough to inspire two earlier film adaptations, WHITE HAIR DEVIL LADY (1980) and WOLF DEVIL WOMAN (1982). Two Chinese-language TV series based on the novel were aired in the 1990s. In 2008, Liang’s creation made its first appearance in a Hollywood film when Li Bingbing portrayed a white-haired villainess in THE FORBIDDEN KINGDOM.

Check out the Screams 2.0 cover! 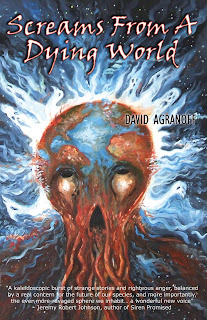 Pretty happy with it.
Painting by Shane Durgee
Design and lay-out by Ed Bauer
Blurb by Jeremy Robert Johnson
Posted by David Agranoff at 7:21 PM 3 comments:

Labels: My books and career, Screams from a dying world

Books from the horror underground I'm getting. 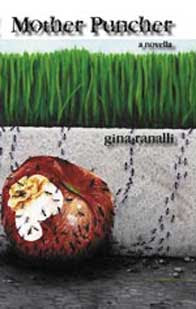 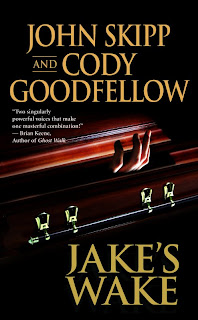 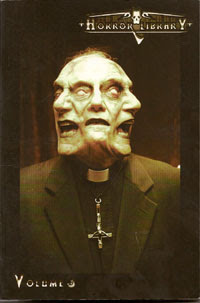 So Cari and I have been going through serious money problems. It is a long story but we were so broke I can only laugh about now. Well Cari started a new job and we are getting caught up. One of the things that I have not been able to do is buy independent horror books from authors I respect in the underground. So next month I’m getting caught up. I thought some of you might enjoy reading the list.

You might want to pick up some of these.

First up will be…

Thirty stories featuring stories by two of my favorite women horror writers Gina Ranalli and Lisa Morton. For my money Lisa is the best short story author out there right now.

Mother Puncher by Gina Ranalli : A “oh no she didn’t” environmental novella by my pal Gina. I can’t think of anyone else who could tell this tale.

find an interview about this book with Gina here:

Jake’s Wake by John Skipp and Cody Goodfellow: The first collaboration between two titans of horror fiction. Hell yes. Leisure books released it so you should be able to get just about anywhere.

Mama’s boy and other dark tales by Fran Friel $15.95 The title story is the Bram stoker nominated novella. I’ve read Fran’s blog forever. Enjoyed interacting with her online…so yeah I gotta get this book.

Dead Earth by Mark Justice and David T. Wilbanks: The hosts of Pod horror writing an apocalyptic novel. Yeah it’s on the list. From Bloodletting press.
Posted by David Agranoff at 10:27 AM 3 comments:

Published on Thursday, January 22, 2009 by the Times Online (UK)
Ecologists Warn the Planet Is Running Short of Water
by Leo Lewis

A swelling global population, changing diets and mankind's expanding "water footprint" could be bringing an end to the era of cheap water.

A dummy stands near a makeshift tent at a shanty town in the desert of Canete January 21, 2009. Reliable water supplies are difficult to find for the impoverished people living on the sandy desert fringes of Peru's capital, Lima. Clean drinking water is an unattainable luxury for a third of Peru's city dwellers. (Reuters/Mariana Bazo/Peru)The warnings, in an annual report by the Pacific Institute in California, come as ecologists have begun adopting the term "peak ecological water" - the point where, like the concept of "peak oil", the world has to confront a natural limit on something once considered virtually infinite.

The world is in danger of running out of "sustainably managed water", according to Peter Gleick, the president of the Pacific Institute and a leading authority on global freshwater resources.

Humans - via agriculture, industry and other demands - use about half of the world's renewable and accessible fresh water. But even at those levels, billions of people live without the most basic water services, Dr Gleick said.

A key element to tackling the crisis, say experts, is to increase the public understanding of the individual water content of everyday items.

A glass of orange juice, for example, needs 850 litres of fresh water to produce, according to the Pacific Institute and the Water Footprint Network, while the manufacture of a kilogram of microchips - requiring constant cleaning to remove chemicals - needs about 16,000 litres. A hamburger comes in at 2,400 litres of fresh water, depending on the origin and type of meat used.

The water will be returned in various forms to the system, although not necessarily in a location or at a quality that can be effectively reused.

There are concerns that water will increasingly be the cause of violence and even war.

Dan Smith, the Secretary-General of the British-based peacebuilding organisation International Alert, said: "Water is a basic condition for life. Its availability and quality is fundamental for all societies, especially in relation to agriculture and health. There are places - West Africa today, theGanges-Brahmaputra river system in Nepal, Bangladesh and India, and Peru within ten years - where major changes in the rivers generate a significant risk of violent conflict. Good water management is part of peacebuilding."

David Zhang, a geographer at the University of Hong Kong, produced a study published in the US National Academy of Sciences journal that analysed 8,000 wars over 500 years and concluded that water shortage had played a far greater role as a catalyst than previously supposed.

"We are on alert, because this gives us the indication that resource shortage is the main cause of war," he told The Times. "Human beings will definitely have conflicts over this."

Although in theory renewable sources of water were returned to the ecosystem and their use could continue indefinitely, Dr Gleick said, changes in the way water was exploited and how its quality degraded meant that methods of processing it would become more expensive.

"Once we begin appropriating more than ‘peak ecological water' then ecological disruptions exceed the human benefit obtained," Dr Gleick said. Defined this way, many regions of the world had passed that peak and were using more water than the system could sustain.

A significant part of the problem is the huge, and often deeply inefficient, use of water by industry and agriculture. UN calculations suggest that more than one third of the world's population is suffering from water shortages: by 2020 water use is expected to increase by 40 per cent from current levels, and by 2025, according to another UN estimate, two out of three people could be living under conditions of "water stress".

The World's Water report sounds a particularly strong note of alarm over the state of water usage and pollution in China, where rampant economic expansion has overtaxed freshwater resources and could even begin to threaten stability.

"When water resources are limited or contaminated, or where economic activity is unconstrained and inadequately regulated, serious social problems can arise," wrote Dr Gleick, "and in China, these factors have come together in a way that is leading to more severe and complex water challenges than in almost any other place on the planet."

- Water footprint calculations are still only rough. They differ around the world and depend on climate, soil types, irrigation methods and crop genetics. The water footprint of different meats depends on what the animals are fed and the relative "thirst" of the crops used to feed them

- The amount of water required to produce a single litre of soft drink may be only three or four litres, but vast quantities are used to produce the sugar and corn syrup feedstocks. For example, one kilogram of paper requires 125 litres of water to process, but that excludes the water needed to grow the tree
Posted by David Agranoff at 9:50 AM No comments: 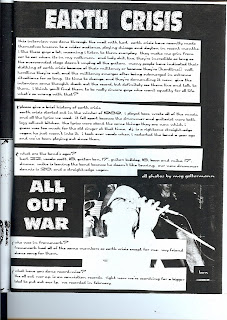 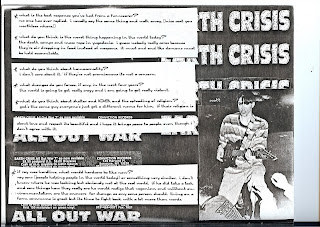 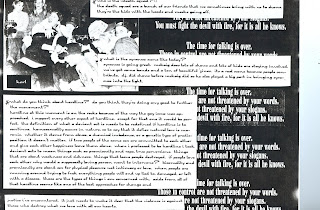 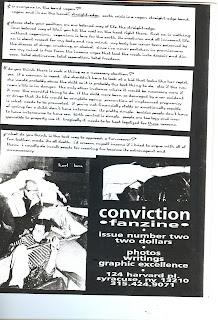 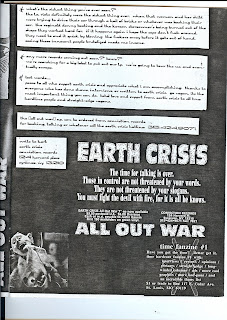 From 1992 Click on the pictures to read the whole thing. See the last post for my comments.
Posted by David Agranoff at 8:56 PM No comments: 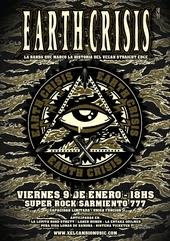 Looking through old flyers and zines and I found Luther’s(formally of the 90’s vegan edge band Warcry, currently of Portland)old zine Reveal. Best part is it has this super amazing old school Earth Crisis interview done through the mail. This interview is post “all out war” 7-inch but before victory deal that led to the firestorm ep.

Some of Karl’s answers are super awesome and funny. Others are really great. He gives a great explanation for why Earth Crisis does NOT agree with hardline on sexuality. Great answers about straight edge and veganism.

“First Straight edge is meaningless without veganism. Veganism is love for the earth, it’s creatures and all innocent life. SxE is about respect for my body, my mind. My body has never been poisoned by the disease of drugs, smoking or alcohol. Since I have never partaken in promiscuous sex my mind is free from the insane urges that lead the weak into despair and disease. Total abstinence, total freedom.”

Awesome. Perhaps the funniest moment is this…

Reveal: What changes do you foresee, if any in the next four years?
Karl: The world is going to get crazy and I’m going to get really violent.

Oh man that made me laugh when I re-read that. I’ll scan the whole thing before too long and post it here.

1992…best part is while I write this January 9 2009 he is playing a show in Santigo Chile still spreading Vegan Straight Edge. Amazing.
Posted by David Agranoff at 8:39 PM No comments:

My thrid novel is finished 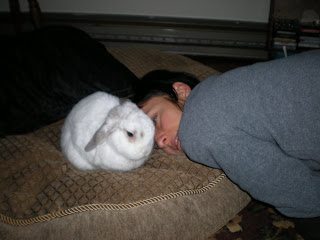 Hey there folks I’m very proud and happy to say that today about 4:30 pm I finished my third full length novel called The Very Last Drop. I started it on in 9/07 so that is
September 9th 2007 - January 1, 2009. Now in that time I helped organize Try Vegan Week and wrote an entire novel over the summer. So I wasn’t working on it the whole time. It’s about three hundred pages published 84,000 words.

I am really excited about this one. It’s my first Science Fiction novel. It’s a cyberpunk/ dystopia. It’s about peak water and ecological collapse. Lots of Anarchist, vegan straight edge and militant environmental themes mixed in. It’s a Prequel to a planned trilogy I want to write called “Last warriors of the Earth.” So I consider this to be the first last warriors novel. Anyone who read the first edition of Screams from a Dying World might recognize this universe from my story fertility.

Cari and I are planning Friday to go out and celebrate finishing the novel. Maybe at Hungry tiger, but we have not made plans final yet. Drop me a line if you wanna hang and celebrate the cyberpunk madness!
Posted by David Agranoff at 5:22 PM 4 comments: