Reflecting on The Dickheads Podcast a few years in. 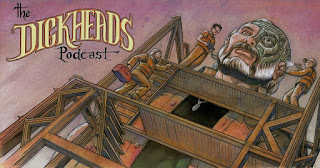 Hey, I just wanted to take a minute to reflect on what we have accomplished at the podcast. It was three years ago when my buddy and writing partner joked with Larry and myself that there needed to be a podcast devoted to the work of Philip K. Dick called Dickheads.

Anthony was already five books into reading all of Dick's books in publication order. When the idea was first pitched to me I said I would do only if all I had to do was read the books and show up to talk about them.

Of course, once we started I couldn't just do that. Each episode I took the research of the books and genre more and more seriously. Larry has put a ton of work into the production of the podcast and Anthony complains a lot.

For real though I think we have all had fun and I can only speak for myself I have learned so much I can apply to my own Science Fiction and have enjoyed taking seriously being a scholar of genre history.

I would like to highlight some accomplishments that the podcast has reached. In the beginning, we thought that maybe we would have a dozen listeners and that it would mostly be a fun project for us. Despite being banned by apple podcasts and not being available everywhere podcasts can be found we have managed to build a following.

So things I am proud of

We didn't like the story or the movie but hey...

> Our most listened to episode is The Three Stigmata of Palmer Eldritch - with author and publisher J. David Osborne. We loved that book. and as of today, it has 277 plays.

Our most listened to episode with J. David Osbourne

> Most episodes get between 100 and 150 plays, but if you include youtube you can generally add another hundred. Some episodes like Eye in the Sky (an episode where we feel like we were starting to get our feet under us. has 261 views on YT and 193 on SC. Pretty solid considering we were expecting a dozen or so.

>It is exciting to me that episodes highlighting lost Dick Adjacent books like Malzberg's Beyond Apollo has over 100  plays.

>We have crossed over with several other well-known Science Fiction podcasts such as SSF Audio, Hugo's There,  and Evan Lampe's  Philip K. Dick Book Club.

>We traveled to the PKD film festival in Orange County, and the PKD festival in Colorado to record interviews.

Our first interview was New York Times best-selling author Carrie Vaughn fresh off her victory in the PKD awards for Bannerless. We also interviewed classic authors like Barry Malzberg who not only writes amazing Sci-Fi himself but worked for both PKD's publisher and agent during the 60s and told amazing stories. We have had Science Fiction Scholars Lisa Yasak and Alec-Nevala Lee on multiple times and for Man in The High Castle, we had a panel that included the co-editor of MITHC and Philosophy as well as counterfactual historian Gav Rosenfeld.

We hosted authors Brian Evenson, Weston Ochse, Sam J. Miller and Norman Spinrad for an interview that started with him wanting to rip my head off but ended up being great. My favorite interview is with Betsy Wollheim daughter of PKD's longtime publisher/editor Don Wollheim.  We hosted panels on Cancel culture and PKD's long time mentor Tony Boucher. That panel included bestselling author F.Paul Wilson, Critic Gary K Wolfe and current Magazine of Fantasy and Science Fiction publisher Gordan VanGelder.

In our Dick Adjacent episodes, we are halfway through episodes on all the Hugo winners of the 60s. They are all recorded but still coming out slowly. We have done episodes on novels by Authors from PKD's circle like Barry Malazberg and Norman Spinrad with many more to come. I really love the episode on one of PKD's favorite Sci-fi novels A Canticle for Lebowitz which guest stars my old friend and librarian Ian Bru-dawg Duncanson and author Brian Evenson. 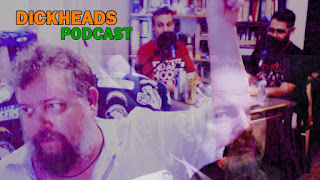 We still have a ways to go but I am super proud of what we have done so far and excited for the path ahead. Most of all I want to thank everyone who listens or supports our efforts. We will continue to try our best to have fun and provide good content for fans of Phillip K. Dick and honor his literary legacy.